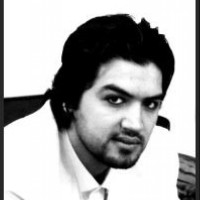 An elephant died in a fire

Years ago an elephant died in a fire at a local circus, and the interesting point is if his foot has not been tied up, he could have run away.

It has something in common with Paulo Coelho’s writings about training an elephant to be tamed.

Elephants are tied by a rope since they are a baby and they grow up with this belief that they can’t be released from it, they think the rope is stronger than them, While an adult elephant can tear the rope apart with a little effort.

The influence of beliefs is so much that they tie-ups like a rope to our last days of life and they don’t let us follow our dreams. These obstacles and limits are 99 percent mental, and they don’t even exist.

One of the best ways to let go of wrong beliefs is to analyze them.

P.S: I strongly suggest you read “Prisoners of Belief” by Matthew Mackay. It is even better to swallow it because each page of it includes tips to identify human’s primary beliefs and if you want to confront them they might surprise you, and in some cases, you may cry so hard to let go of them. Beliefs that company us since we were kids and killed the venture and our courage.

Getting tough on yourself! Success path

Getting tough on yourself! The subject reminded me of one…

Is fast money a legend? (to become rich)

Is fast money a legend? (to become rich) There are…

Are you a big thinker?

Are you a big thinker? Everybody was waiting passionately about…